The Books by Gilles Nullens

The author is an engineering graduate from Liege University (Belgium) and MIT, and who worked for most of his career as an European civil servant.

He has no special academic qualification in neither general nor religious history. However he has spent more than 10 years reading and analysing books and other documents related to the history of early Christianity, old mystery schools and freemasonry, as well as of the related groups and organisations of the past.

Although this does not make him a qualified expert, or a recognised scientist in these fields, he has acquired a wide knowledge that he has put at the disposal of interested people on the Internet.

An Outside View of Freemasonry

Everybody has heard something about the Freemasons and the judgement of the majority is, in the whole, negative:

“Freemasons are Members of Secret Society”
This is not true, the freemasons are quite open towards the general public. It would be closer to the truth to say that it is an organisation that has secrets (secret knowledge, secret rituals, etc.)

“Freemasonry is a Church”
This is not true either. In the Temple religion is not mentioned, but to become a member each candidate must swear that he believes in a ‘Super Being’, whatever this means to him

“Freemasonry is Against all the Churches”
The opposite is true as it only accept as members people who declare to believe in a religion.

“Freemasons act like a so-called mafia protecting and defending their members”
This is partly true, but only in the sense that members of other organisations such as political parties, graduates from the same schools, members of various clubs, etc help and support each other. Nothing else.

“Freemasons have rituals that are gruesome”
This too is false.

In this document, the author (who is not a Freemason) is trying to give a non-partisan view of what Freemasonry is really like, its possible origins and, as far as they are known, parts of its rituals and beliefs.

The years from 1,000 to 1,500 AD have been a fertile ground for many politico-religious organisations in the western world. Some of them were linked to the Catholic Church – the only important church of that time – but some were preaching another creed and as such were described as heretical by the Pope.

This document aims to look at the differences and the similarities between three groups:

– The Cathars lived in the 12th to 14th century, mainly in Languedoc, France. Their doctrine was a reaction to the abuses of the Catholic Church. They required their members to live a ?pure life? in direct contradiction to the behaviour of the Catholic clergy. They were, in some ways, the followers of a previous sect known as the Bogomils that flourished in the Balkans. Their doctrine had nothing to do with Christianity; they were first declared heretics by the Christian Church, and then persecuted and exterminated during a crusade organised by the current Pope.
– The Templars. They were members of a military-religious order, who was initially created, with the approval of the Pope, to defend the pilgrims that went to the Holy land following the success of the crusades. They soon started to participate directly and successfully in the fight against the Muslims. Even after they had to leave the Holy Land they were rich and powerful. The King of France for various reasons accused them of being heretics and the Pope agreed with the king. The knights were arrested, tortured and condemned and their order was dissolved

Darwin was eminent as a naturalist, geologist, biologist, and author. After working as a physician’s assistant and two years as a medical student, he was educated as a clergyman and was trained in taxidermy.

As a naturalist Charles Robert Darwin realised and presented compelling evidence that all species of life have evolved over time from common ancestors, through the process he called natural selection. The fact that evolution occurs became accepted by the scientific community and much of the general public in his lifetime, while his theory of natural selection came to be widely seen as the primary explanation of the process of evolution in the 1930s and now forms the basis of modern evolutionary theory. In modified form, Darwin’s scientific discovery is the unifying theory of the life sciences, providing logical explanation for the diversity of life.

At Edinburgh University Darwin neglected medical studies to investigate marine invertebrates, then the University of Cambridge encouraged a passion for natural science. His five-year voyage on HMS Beagle established him as an eminent geologist whose observations and theories supported Charles Lyell’s uniformitarian ideas. The publication of his journal of the voyage made him famous as a popular author. Puzzled by the geographical distribution of wildlife and fossils he collected on the voyage, Darwin investigated the transmutation of species he conceived his theory of natural selection in 1838. Although he discussed his ideas with several naturalists, he needed time for extensive research and his geological work had priority. He was writing up his theory in 1858 when Alfred Russell Wallace sent him an essay which described the same idea, prompting immediate joint publication of both of their theories.

His 1859 book “On the Origin of Species” established evolutionary descent with modification as the dominant scientific explanation of diversification in nature. He examined human evolution and sexual selection in “The Descent of Man” and “Selection in Relation to Sex”, followed by “The Expression of the Emotions in Man and Animals”. His research on plants was published in a series of books, and in his final book, he examined earthworms and their effect on soil.

In recognition of Darwin’s pre-eminence, he was one of only five 19th-century UK non-royal personages to be honoured by a state funeral, and was buried in Westminster Abbey, close to John Herschel and Isaac Newton.

A Review of Historical Jesus Christ and Early Christianity 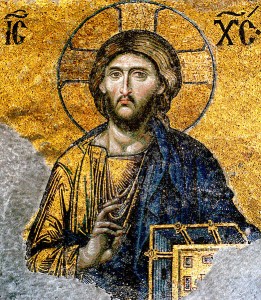 The Christian Churches, starting with the Catholic Church after the Council of Nicaea of 325 AD, require their members to believe in the Gospels, and to accept the leadership of their clergy. Those who so believe are possible candidate to Salvation. No special knowledge is required, only faith.

Initially, at least according to those who accept that there were more gospels than the four included in the New Testament, the way to Salvation requires some personal work, and not only faith.

This document reviews the Christian religious history from its beginning as it is known and described, not only in the New Testament, but also in the Gospels that have not been included in it by the Fathers of the Church who participated in the Nicaea Council.

The life, beliefs and teachings of the Apostles, as well as of Jesus Christ, can be described in two ways: