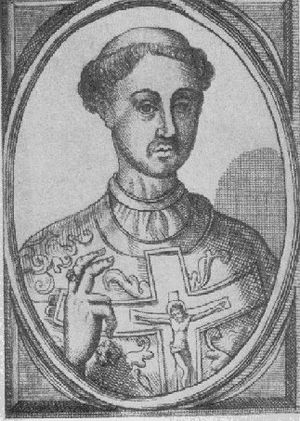 A hundred years ago the Order of Malta had more or less disappeared. Its Austrian Grand Master was treated as a prince only by the Austrian Empire and the Vatican. It counted about 1000 knights taken from the European aristocracy. To day it has more that 10,000 knights in 39 national associations all over the world and exchange ambassadors with about 60 countries. The resurgence of this 900 year old Order of the Knights Hospitaller or Order of St John is a strange fact in our materialistic century. (j)

Since the first century after Christ Christian pilgrims went to Jerusalem to visit the most holy city to their faith. Some shelters were soon made available. A Latin hospice was founded by Pope Gregory the Great in 603 in Jerusalem. The later Hospital of St John claimed to be the continuation of this first hospice. The Christian pilgrims were badly treated by the Persians and Arabs conquerors of the city. The Moslems were in general more tolerant until the Caliph Haken destroyed the Holy Places in the beginning of the 11th century and persecuted the Christians. After his death in 1021 the peace allowed more visitors to come to the holy City. This was also due to the increasing stability and wealth of Europe. The Italian cities were taking their fair share of the Mediterranean trade. In the middle of the 11th century the Italians founded the Benedictine Abbey of St Mary of the Latins in Jerusalem. Most of the monks were Italians from Amalfi. This Abbey offered some Hospitality to the pilgrims but the job at hand required a special organisation to deal with the problem. It is known that in 1080 the Abbey possessed a house of refuge within its walls built on the spot where the Angel announced the conception of St John the Baptist. It and was dedicated to that saint’s name. The servants of this hospice were of a separate lay fraternity following the Augustinian rule. The Pope Paschal II (pictured right) in a bull of 1113 entrusted the hospice to Brother Gérard, its founder. He directed it for 40 years at least and guided it towards a grand Hospitaller order. Very little is known of Brother Gérard and the first years of his hospice. After 20 years of existence a pilgrimage arrived in Jerusalem that was to make it well known in the Christian world as the Hospital of St John. The Byzantine Empire in the 11th century was attacked by the Turks and they asked the help of the Vatican. The Pope Urban II assembled a council of the church and the nobles in Clermont. It was decided to free the Holy Places. The decisions to start a crusade was taken in November 1095. The nobles responded positively and these council decisions are now part of the world history. The army assembled by Urban II took Jerusalem in July 1099.

On their return the fame of the Hospital of St John became common knowledge in Europe. Brother Gérard rose to the occasion presented by these unusual events and the increase in the number of pilgrims. Godfrey de Bouillon gave it its first endowment in the conquered state and kings and other nobles followed his example. Soon the Hospital possessed many properties in the countries around the Mediterranean sea. Brother Gérard did not limit himself to sheltering the pilgrims in Jerusalem. He also organised a network of organisers of spiritual travels from western Europe to the Holy Land. By 1113 he had under his authority seven secondary hospices in Bari, Otranto, Taranto, Messina, Pisa, Asti and St Gilles. Until then the pilgrimages were made mainly by land. Brother Gérard organised the travel by sea. He was so successful that cities as Marseilles had to limit to 6000 the number of pilgrims allowed to the Hospitallers and the Templars each year. The material needs of the Hospital was so important that the European hospices became known as assembly points or depot for goods to be shipped to the Holy Land. The Hospital of St John acted as a distribution centre important not only to the pilgrims but also to the crusaders. (j)