2.3 Publication of the theory of natural selection 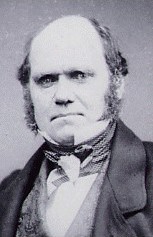 By the start of 1856, Darwin was investigating whether eggs and seeds could survive travel across seawater to spread species across oceans. Hooker increasingly doubted the traditional view that species were fixed, but their young friend Thomas Henry Huxley was firmly against evolution. Lyell was intrigued by Darwin’s speculations without realising their extent. When he read a paper by Alfred Russell Wallace on the “Introduction of Species”, he saw similarities with Darwin’s thoughts and urged him to publish to establish precedence. Though Darwin saw no threat, he began work on a short paper. He continued his researches, obtaining information and specimens from naturalists worldwide including Wallace who was working in Borneo. The American botanist Asa Gray showed similar interests, and on 5 September 1857 Darwin sent Gray a detailed outline of his ideas including an abstract of “Natural Selection”. In December, Darwin received a letter from Wallace asking if the book would examine human origins. He responded that he would avoid that subject, “so surrounded with prejudices” while encouraging Wallace’s theorising and adding that “I go much further than you.”

Darwin’s book was half way when, on 18 June 1858, he received a paper from Wallace describing natural selection. Shocked that he had been “forestalled”, Darwin sent it on to Lyell and, though Wallace had not asked for publication, he suggested he would send it to any journal that Wallace chose. Lyell and Hooker decided on a joint presentation at the Linnaean Society on 1 July of “On the Tendency of Species to form Varieties”; and on the “Perpetuation of Varieties and Species by Natural Means of Selection”.

There was little immediate attention to the publication of the theory in the August journal of the society, although it was reprinted in several magazines and there were some reviews and letters, but the president of the Linnaean remarked in May 1859 that the year had not been marked by any revolutionary discoveries. Professor Samuel Haughton of Dublin claimed that “all that was new in them was false, and what was true was old.” Darwin struggled for thirteen months to produce an abstract of his “big book”. Lyell arranged to have it published by John Murray.

“On the Origin of Species by Means of Natural Selection”, or “The Preservation of Favoured Races in the Struggle for Life (usually abbreviated to “On the Origin of Species”) proved unexpectedly popular, with the first 1,250 copies oversubscribed when it went on sale on 22 November 1859. In the book, his only allusion to human evolution was the understatement that “light will be thrown on the origin of man and his history”. His theory is simply stated in the introduction:

“As many more individuals of each species are born than can possibly survive; and as, consequently, there is a frequently recurring struggle for existence, it follows that any being, if it vary however slightly in any manner profitable to itself, under the complex and sometimes varying conditions of life, will have a better chance of surviving, and thus be naturally selected. From the strong principle of inheritance, any selected variety will tend to propagate its new and modified form.”

He put a strong case for common descent, but avoided the then controversial term “evolution”, and at the end of the book concluded that:

“There is grandeur in this view of life, with its several powers, having been originally breathed into a few forms or into one; and that, whilst this planet has gone cycling on according to the fixed law of gravity, from so simple a beginning endless forms most beautiful and most wonderful have been, and are being, evolved.”

Darwin during a family’s 1868 holiday in her Isle of Wight cottage.